Candelaria has defined an extensive and prioritised exploration program for the Caballo district, which includes the following elements: 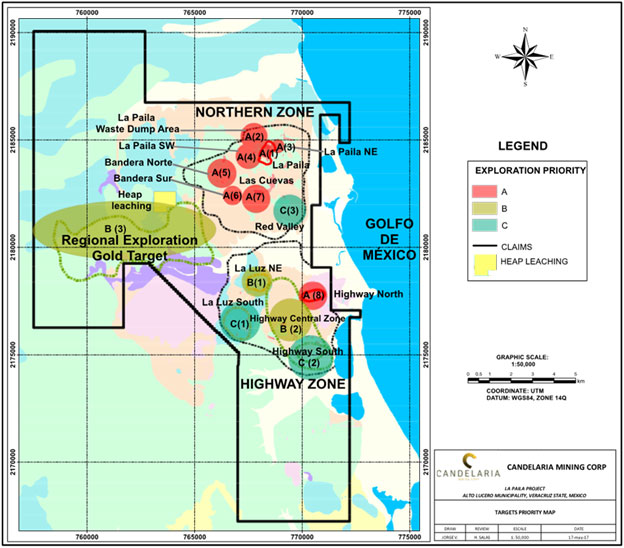